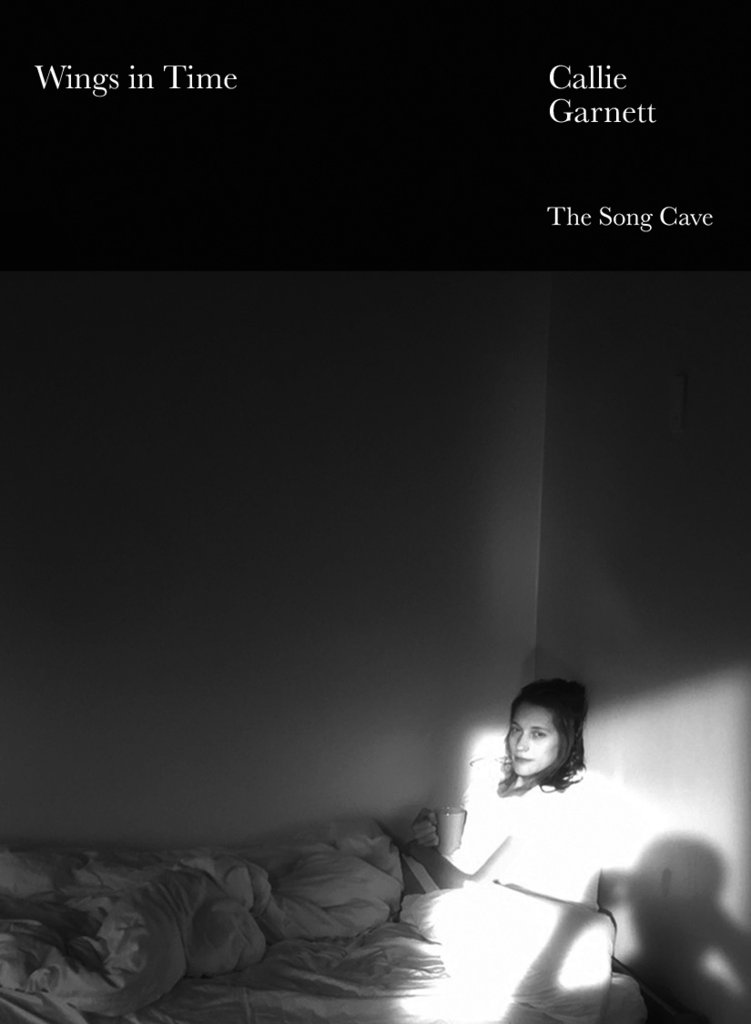 Playlist by The Song Cave

Reading WINGS IN TIME reminds me of wandering, when I was young, through the aisles and alcoves of my local video rental store: a menagerie-slash-kaleidoscope of scintillating titles and seductive images. And there was also, as there is with Garnett’s poetry, something vertiginous, forbidden, even scandalizing, about what was being offered—the possibility of being thrown, by desire, and by a simple choice, into an awakening from which there could be no return. WINGS IN TIME has brought—keeps bringing—me back, to all of that. It is poetry as the exhilaration of browsing and submitting to the inexhaustible medium of life, all living drama.

If obsession arrests you in time Consider me ten, when I turned to mom & said Can we just look in the video store?

(To McLuhan the telephone was Cool Imagine)

The video store between 7th & 8th was easy to case Quickly and linger in John Candy on the North Wall, to the East

A room set off by a curtain of wooden beads. I remember thinking, who are you kidding? I’ve seen behind the beads (I never had).

The cover of Last Tango in Paris: Flesh-colored & steamy, somehow like video itself.

The cover of The Money Pit: A mussed up couple standing by a big nice house. The house was a money pit.

The cover of The Fisher King was such a mystery to me: Just a man laughing

By a pond With a ponytail.

The cover of Steve Martin’s The Jerk was almost too good to be true: The jerk himself

& the night we chose to bring him home I got a little scared.

The cover of Bedknobs and Broomsticks showed Children riding a bed through the sky w/ Angela Lansbury Who’s not even hiding the fact that she’s a witch.            Why hide? There’s a war on & you have these            Special skills.

You had to be careful who you married.

For McLuhan, TV is a Cool medium. It seems right that we, now, should pass the time coolly In a hot context.

The cover of The Good Son with Macaulay Culkin You just knew he wasn’t good.

It so upset you when unwholesome rumors spread about Mister Rogers’ Neighborhood.

Fred was a saint, you said. & we wept

When he addressed the Senate Subcommittee on Communication. Children’s Television as a kind of religion. Often

You could have a Muppet’s carriage, easing through the house Like Prairie Dawn or a rock snail reaching

While I watched cartoons. Cartoons are Cool media, as you will have gathered by now, for I swept the living room Through them.

Untitled (from Scraps of Chalk)

“If we accept the premise that commercials are effective teachers it is important to be aware of their characteristics.” —Joan Ganz Cooney, Co-Creator of “Sesame Street”

Another pirate lugs a bulky Panasonic through the grass

Maybe a Sony Portapak. I don’t know. Most things aren’t worth describing

Invasive how they let the kid wear his own turtle shirt,

Leave his hesitations in? (his mistakes)

He does not thrive with every question

He utters a passionate set of ums

I get sore jealous of the network, of the spot, and the next one

Though they give their love so evenly

The Grid of Intimacy (from Scraps of Chalk)

Behold: A vegetarian with his hand up a

Heavy equipment, which is The Count

His deathless numbers! How I loved them

And the night we were allowed to take him home

From the Sesame Workshop

I got a little scared.

He weighed more than you’d think.

The year of your birth

Self-censorship in more than 20 years.

51 copies of the first issue,

Touching Elmo’s fur brings out the dog in Elmo

As surely as throwing a bone