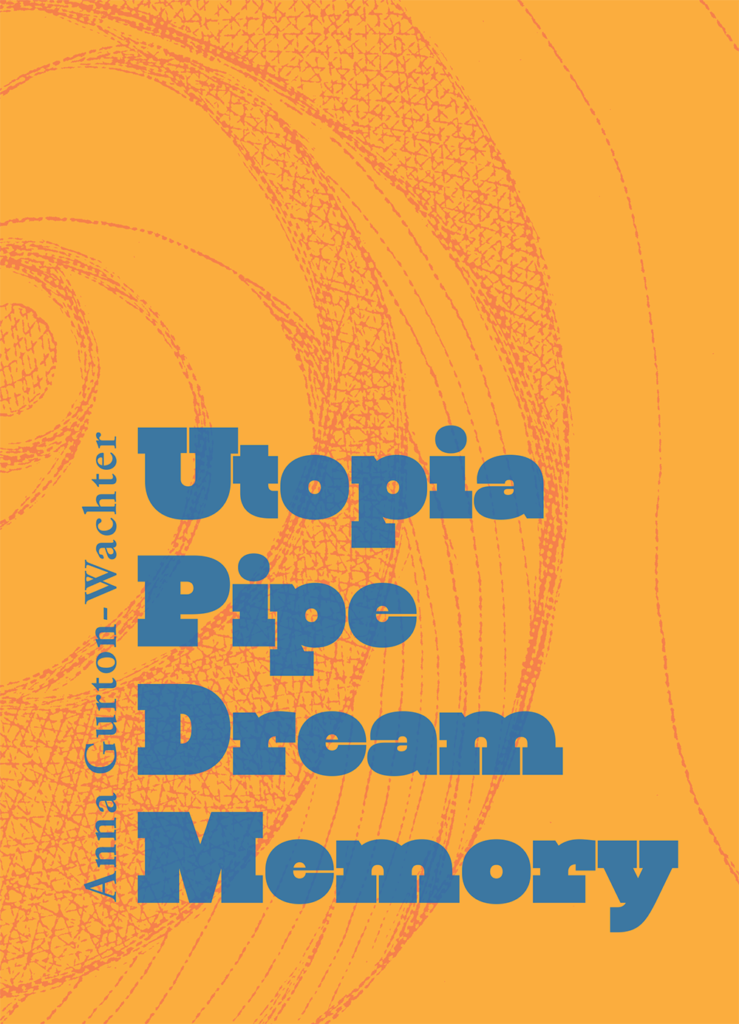 Utopia Pipe Dream Memory builds upon impossible imagined intimacies, relishing the pleasure of slow, attentive learning. In an unfolding of rhythms, repetitions, and distended narratives it envisions a space of play and ecstatic influence, drawing characters such as Gertrude Stein, Bernadette Mayer and Maya Deren into dialogues and visions that articulate the tension between embodiment and voice, identification and materiality. These narratives push towards a unified dispersal, a complex act of exultant feminine chaos, letting slip the boundaries between what is animal, what is describable, and what can be made to appear.

This being an account of or reckoning under the weight of a true fact that there are states only known through their being abandoned. There is no being without the generosity of limits. Bernadette Mayer is combing my hair. The world is a navel again. This being an account of shelter’s turning point. I do not have the language for the violence of personhood, she said as she unknotted me. Had I known then how to see the field of unknotting figuration, I might have also seen the unknotting evening dipping into the unknotted and knowable eardrum, tuning in and out collapsed, combed through, the distance from each instrument bodily begun.


I shouldn’t admit to it


I was supposed to become an artist


the music in the room was an instrument too


I am indebted to the illegal middle. borrowing from the outskirts I can say with certainty there is a center.

I wanted to be a writer detecting changes


narrative barraging what is and is not available to us


directly on tape you see I am doing this consciously


finally I get to write my own


I have something to sell


there was never anything to sell


even when I thought it wouldn’t be meaningful


indebted to the concept of the walk I go for a walk, what else would you have me do?


I couldn’t bear to put it in, all of it


I see a hand pointing towards a door


I see as if these images were a story


this is a reply


I was just trying to do this impossible thing


bypass all the others


experience performance and rest at the same time


being indebted to the umbilicus, I saw this is how you flourish, bait and catch, this is how the dirty aesthetic calls on you. there we were acting out the eclipse, performing the moon, and discussing how the divine would always and forever be contested


and if the pen would just run out already

in other words this is an excerpt pulsating


I am working on naked listening masked


also there were these people who used to be in cages


whatever the human limit is a carnival is laced with


I found myself using that phrase ‘the human limit’ and pictured brackets around my experience, but more of that later, history as a cage


what am I doing here? I had to write what my intentions were


perform this process of an ordinary phrase


but then I didn’t


the idea of being indebted to the no name free falls down my shoulders. no name is caressing me.


what would you think about someone who is in a cage? you see, I had claimed the individual was a thing that exists


you have to try to remember your frustration


what should we do next with desire? I want to read this poem


and by doing so I could ignore the abstraction of endings


seeing you free fall I could say there was gratitude

I know it came from me


I was able to be accurate, I own that it had more to do with my own shape


so I ask, should you throw this away? what I previously called splendor


it’s no more than anything that is written on paper


an explanation of my own education


can’t something be made of all of that?


I tried to make something of what I had learned


as sound I found it interesting


these are my horrible notes otherwise where do ideas come from?


before it’s even talked about


lists of dates of battles, the warring consciousness restored


what do you do with that whatever speaking is


as a writer as someone who deals in variation


I felt in the end I had to say this is what happened and who even am I?


being indebted suddenly this day was lost, remainderless, toss it


there is a problem in writing


to be alerted to levels of meaning


when I understand better this bug


all speak or else someone speaks for it, myself becoming the world

this final page of my notes is about indifference


the face of my education upon me


and I do, I walk out and I expect something

Cut off from exchange I could see that loss exists. Greedily I wanted the germ of impulse. Bernadette Mayer is working to disentangle our dialogues. She is trying to remember if previously all of life was a dense grid chant. Everyone pictures a blue triangle forming when she says grid. Someone describes to her a film and she sits with her eyes closed, picturing it. You said the image burns before we can describe it? You said we burn the images as we describe them? Cut off from the classic exchange of friction with shadow I could see that I had the capacity to self-interrupt. I took the innocent form safely, the balm of an infant structure still being distributed. The eyes were sincerely closed as the self of all things implodes in a sonic feed. Pre-verbal upsurge this better be resilience at work, that morsel. The mind does so well to picture it.


the capacity to tap a foot and have a pattern


we don’t even have a music I’m learning

I will be using sound


the idea of air as a threshold acts as a pacifier


gains dimension resonant in the raw


no more against us I slowed, dimmed also developed magic and loss

I built it, sure


the loop is an environment we all are


I slowed it all down this presence and I will encourage it because this is when I’m feeling really good when we all are this disappearance and humming ideal forms a charge the servitude of consciousness, it’s many members roused


just as they are I become

assess the light unrelated is the line broken irreducible receiver


what I’ll do to pass the time someone else does becomes visual becomes sounds maybe it isn’t art though I’m still deciding how to see what I said, the cuts


to travel and live through my own sounds


the apparatus arrives and it is myself and it / me laughs, being anything

the listener process is outside of the body