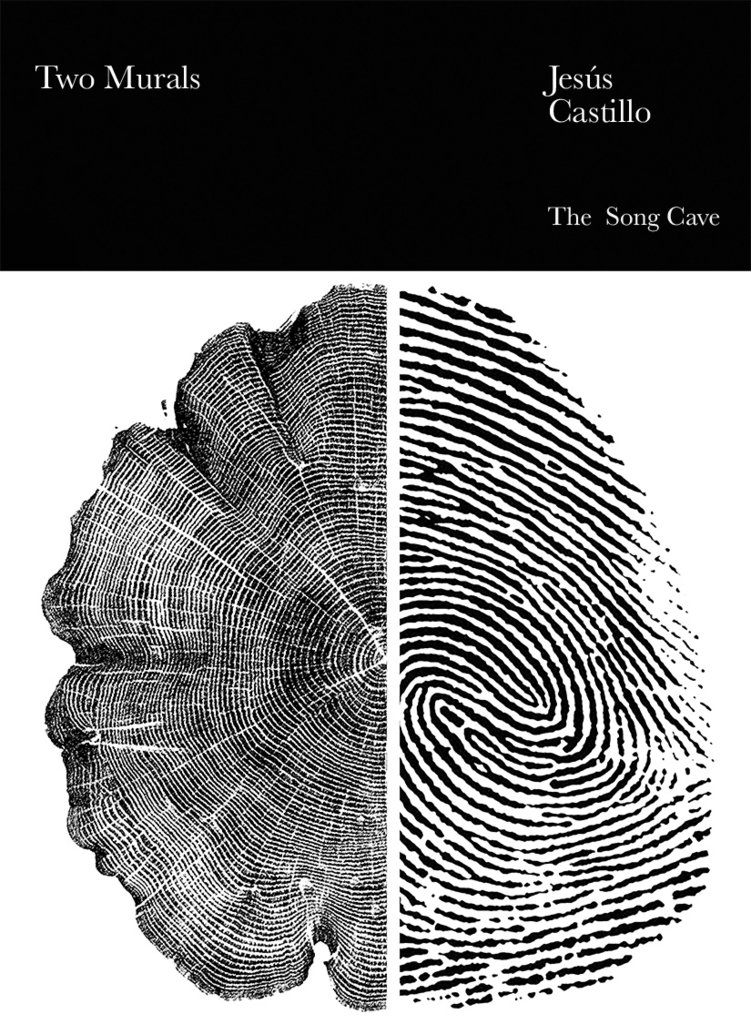 Playlist by The Song Cave

In two long poems, Jesús Castillo’s TWO MURALS explores love, selfhood, and transformation in a wasteful age. With musicality and memorable images, “Variations on Adonis,” the first sequence, evokes the decline of civilization along with a desire to live. The second poem, “A Mural After Darwish,” is a love letter to a woman, to nature, and to memory. Castillo’s visions span different countries and ages, always questioning and curious. Abundance and destruction intertwine in his consideration of language, life, and death. And despite the traps of the past and the future's uncertainty, the beauty of the landscapes offered by TWO MURALS makes a case for perseverance.

from Variations on Adonis

Life paused at the doorway of a book that dissolved      on a sidewalk in Manhattan. Some had not heard yet: From Lot’s days to Hiroshima       the wasteland is the same.

Here I loved a stunted apple tree left between highways,       a wandering train station       and the young who danced       on song’s ashes.

O Walt Whitman… how could the slave have been the same in sleep      as his master? What each sleeper’s waking body hauls into the land of sleep      shapes his dreams.

We know the waking body of the master got to dine with his children      and wife, and smoke tobacco on his porch while he discussed the harvest      or the next election or rumors of revolts in the Carolinas or New Orleans. We know the waking body of the slave was mutilated      and saw the mutilation of bodies like it. That it labored to exhaustion      beneath hot, indifferent suns, and may have been sold away      from the bodies of his family oceans ago.

I question the light and leave,     lugging my history from station     to station like a bag of ripe cactus flowers.

They taught me this land was worth dying for, worth the bloody mixing of the races that collided in the lush valley.

They taught me I have brothers in El Salvador and Chile,     that the borders of our land are far north     where the trees are tall and red.

They taught me this land was worth the burning     of a whole civilization.

So why do I see only this red factory on the horizon?

“Laziness resembling work, work resembling laziness.”             Every meeting an exhibit of private dramas to color the hours. Markets that follow you in sleep. Slaves of every race. The world’s art             amassed in high-roofed vaults where the fashionable stroll amongst the marble             and school children glimpse the astonishing beauty             bought by missiles and signatures.

Here on the plush side of the planet, the gutters are aflood with plastic and             electric signs. And the steam that rises from the gratings             is another citizen of the glutted night. And there are rats in Mexico City and elsewhere, dressed in White House             cotton, armed with documents, gnawing at the land.

from Two Murals (The Song Cave, 2021). Reprinted with permission of the publisher.