A poet's fascination with the sky might seem pretty cliche, but these poets prove something as old as time can continue to offer infinite invitations for inspiration to those of us who choose to look up.

Thinking of Caroline Herschel (1750—1848)
astronomer, sister of William; and others.

in her 98 years to discover
8 comets

Galaxies of women, there
doing penance for impetuousness
ribs chilled
in those spaces    of the mind

‘virile, precise and absolutely certain’
from the mad webs of Uranusborg

every impulse of light exploding

from the core
as life flies out of us

What we see, we see
and seeing is changing

the light that shrivels a mountain
and leaves a man alive

Heartbeat of the pulsar
heart sweating through my body

The radio impulse
pouring in from Taurus

I have been standing all my life in the
direct path of a battery of signals
the most accurately transmitted most
untranslatable language in the universe
I am a galactic cloud so deep      so invo-
luted that a light wave could take 15
years to travel through me       And has
taken      I am an instrument in the shape
of a woman trying to translate pulsations
into images    for the relief of the body
and the reconstruction of the mind. 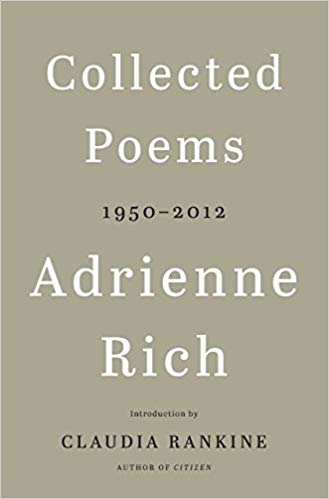 Pixie-dust infusion
shoots steady shock through incline—
is that crooked
or slyster meat tong, grabbing hold of night
so as not to pulse so bright past outcome

At one time, so that anything shattered
will sound pretty
I need to show how I love—sound and vision
if I sing and move to what I hear
and feel, just for you

Well, let’s see if we can match
our limbs to the credible—or maybe the possible
let’s play again, so that
you know what you’re in for,
when you save your last dance for glass 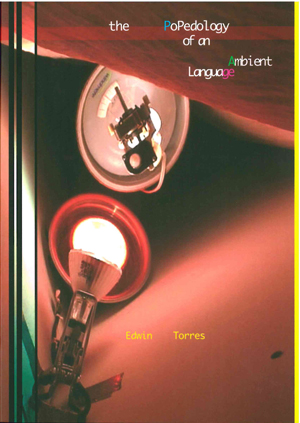 The Popedology of an Ambient Language

Edwin Torres, “Mirror Meteor” from "The PoPedology of an Ambient Language", published by Atelos. Copyright © 2007 by Edwin Torres. Reprinted with permission of the author.

The first track still almost swings. High hat and snare, even
A few bars of sax the stratosphere will singe-out soon enough.

Synthesized strings. Then something like cellophane
Breaking in as if snagged to a shoe. Crinkle and drag. White noise,

Black noise. What must be voices bob up, then drop, like metal shavings
In molasses. So much for us. So much for the flags we bored

Into planets dry as chalk, for the tin cans we filled with fire
And rode like cowboys into all we tried to tame. Listen:

The dark we've only ever imagined now audible, thrumming,
Marbled with static like gristly meat. A chorus of engines churns.

Silence taunts: a dare. Everything that disappears
Disappears as if returning somewhere.

I’m Over the Moon

I don’t like what the moon is supposed to do.
Confuse me, ovulate me,

spoon-feed me longing. A kind of ancient
date-rape drug. So I’ll howl at you, moon,

I’m angry. I’ll take back the night. Using me to
swoon at your questionable light,

you had me chasing you,
the world’s worst lover, over and over

hoping for a mirror, a whisper, insight.
But you disappear for nights on end

How long do I try to get water from a stone?
It’s like having a bad boyfriend in a good band.

Better off alone. I’m going to write hard
and fast into you, moon, face-fucking.

Something you wouldn’t understand.
You with no swampy sexual

promise but what we glue onto you.
That’s not real. You have no begging

cunt. No panties ripped off and the crotch
sucked. No lacerating spasms

sending electrical sparks through the toes.
Stars have those.

The obvious sun, no bullshit, the enemy
of poets and lovers, sleepers and creatures.

But my lovers have never been able to read
my mind. I’ve had to learn to be direct.

It’s hard to learn that, hard to do.
The sun is worth ten of you.

You don’t hold a candle
to that complexity, that solid craze.

Like an animal carcass on the road at night,
picked at by crows,

taunting walkers and drivers. Your face
regularly sliced up by the moving

frames of car windows. Your light is drawn,
quartered, your dreams are stolen.

You change shape and turn away,
letting night solve all night’s problems alone. 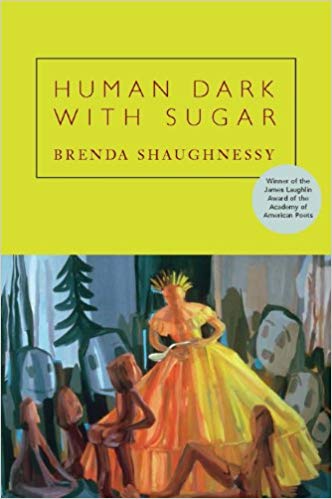 In 1981, Eris’s spacious face hadn’t been discovered
yet, my mother hadn’t taken a day off from Fort Ben
yet, & Pluto was still a planet. One of nine celestial
bodies snapped into drummed orbits around the Sun
like the orthodontic rubber bands no one in Carriage House
had. I hid my gaps by not smiling, imagining an astronaut
future as sharp & fixed as a dentist’s smile—236 miles
above Earth where up & down are instructions instead
of directions. Behind a mirrored visor, the singing inside
my American-flagged extravehicular mobility unit
so robust it could keep a black boy from Indiana breathing
in outer space. We didn’t have any solar system models
at PS113, so I had to get my own. I dove into dumpsters
searching for cans & bottles under the OJ cartons & maggots
fat in swallows of juice. I dug through frozen dinner boxes
& apple cores shaped like moldy infinities, then foraged
the iced-out underpass—M&M ♥ Kim painted in moon-
eyed red, then X-ed out with black paint by the time
the frost went away. I hunted the ice- & tire-clogged creek
where I would have spun the bottle with Cynthia
from science class if I wasn’t chicken. The A&P paid
by the pound & I dragged sacks stuffed with sand-filled
Schlitz & Tab cans around back where the braceface
sweating on the scale knew my game & paid me anyway.
Three months of collecting & I had enough money
to order our system from the black of a Star Trek comic—
all nine planets in adjustable orbits & Earth’s majesty
anchoring the third lane. The kid in the ad was as excited
as I was—waiting for the mailman every day after mailing
five wrinkled bills—but the solar system never came. 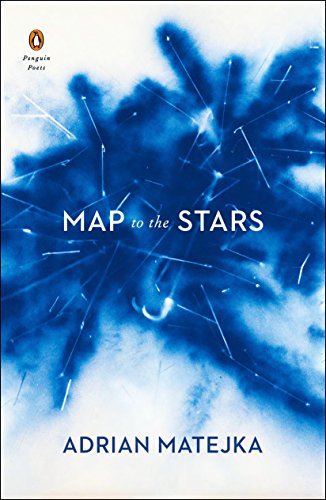 Map to the Stars

Pluto Shits on the Universe

On February 7, 1979, Pluto crossed over Neptune’s orbit and became
the eighth planet from the sun for twenty years. A study in 1988 determined
that Pluto’s path of orbit could never be accurately predicted. Labeled as
“chaotic,” Pluto was later discredited from planet status in 2006.


Today, I broke your solar system. Oops.
My bad. Your graph said I was supposed
to make a nice little loop around the sun.

I chaos like a motherfucker. Ain’t no one can
chart me. All the other planets, they think
I’m annoying. They think I’m an escaped
moon, running free.

Fuck your moon. Fuck your solar system.
Fuck your time. Your year? Your year ain’t
shit but a day to me. I could spend your
whole year turning the winds in my bed. Thinking
about rings and how Jupiter should just pussy
on up and marry me by now. Your day?

That’s an asswipe. A sniffle. Your whole day
is barely the start of my sunset.

My name means hell, bitch. I am hell, bitch. All the cold
you have yet to feel. Chaos like a motherfucker.
And you tried to order me. Called me ninth.
Somewhere in the mess of graphs and math and compass
you tried to make me follow rules. Rules? Fuck your
rules. Neptune, that bitch slow. And I deserve all the sun
I can get, and all the blue-gold sky I want around me.

It is February 7th, 1979 and my skin is more
copper than any sky will ever be. More metal.
Neptune is bitch-sobbing in my rearview,
and I got my running shoes on and all this sky that’s all mine.

Fuck your order. Fuck your time. I realigned the cosmos.
I chaosed all the hell you have yet to feel. Now all your kids
in the classrooms, they confused. All their clocks:
wrong. They don’t even know what the fuck to do.
They gotta memorize new songs and shit. And the other
planets, I fucked their orbits. I shook the sky. Chaos like
a motherfucker.

It is February 7th, 1979. The sky is blue-gold:
the freedom of possibility.

Today, I broke your solar system. Oops. My bad. 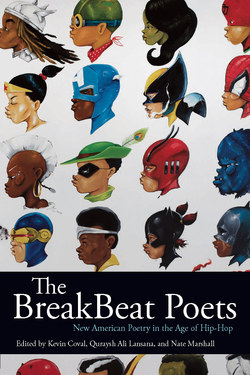 Originally published in Poetry (April 2015). Appears in "The BreakBeat Poets: New American Poetry in the Age of Hip-Hop" (Haymarket Books, 2015). Reprinted with permission of the author.