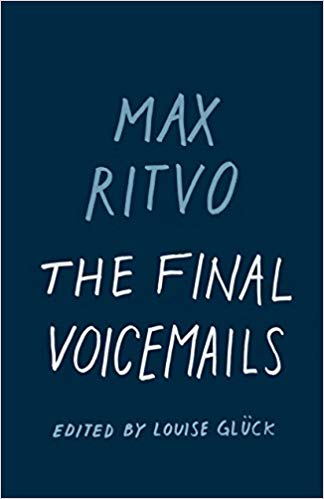 In "Letters from Max", Sarah Ruhl refers to Virginia Woolf’s idea of “the voice answering the voice” and applies it to Max: “For most poets, the voice answering the voice is an internal dialogue. Max had the gift of an internal voice, and also the gift of answering back to so many other poets.” As I was one of the poets lucky enough to be answered by Max, I wanted to compile and share a playlist of ten of the poems I most answer to from "Four Reincarnations" and "The Final Voicemails". I also wanted to include (in Part II, forthcoming) an accompanying playlist of poems Max answered to—the poems of his mentors and masters—as these were not only the poems that colored his voice but also the poems he offered me and many of his poet-peers for inspiration or solace, challenge or solidarity. The second list directly and indirectly shapes the first. The poems I’ve selected from "Four Reincarnations" are love poems from the border between life and death—spiritual, erotic, sage, and sometimes child-wise. The poems I’ve selected from "The Final Voicemails" have the new dark of first waking in the middle of the night—the poems are woken in the middle of a body that is disappearing and they are written with the gift of unfinishedness. As the playlist goes on, the speaker finds paternal affection for lab mice that are injected with his cancer, romance becomes a metaphysical transaction, time becomes a mode of empathy, doctors and patient reverse roles in a hilarious cringeworthy gymnastics, and the body hungers only for itself.

When I was about to die
my body lit up
like when I leave my house
without my wallet.

What am I missing? I ask
patting my chest
pocket.
and I am missing everything living
that won’t come with me
into this sunny afternoon

and I give my breath
to a small bird-shaped pipe.

In the distance, behind several voices
haggling, I hear a sound like heads
clicking together. Like a game of pool,

played with people by machines. 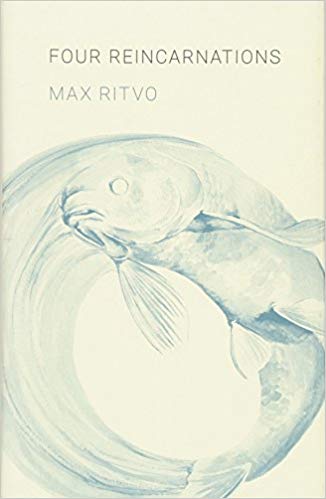 I have spoken to you of heaven—
I simply meant the eyes are suns that see.
Seeing is the faces’ nervous delicious Lord.

Listening to you makes me naked.
When I kiss your ankle I am silencing an oracle.
The oracle speaks from the hill of your ankle.

Heaven is Us Being a Flower Together


I think death comes at blindness.

I think pupils are sails,
and death is when the wind goes slack.

Winter, by being so white,
it is trying to talk to me—

closing communicated to one who sees death
as white worms
riddling the apple of the eye.

You think death comes at the cessation of touch.
You are a flower bulb
which can feel even in the winter earth:

coldness as its body
of sensation.

The cold is a line that will not bend,
drawn through you foot to head.

Heat is a planet
fleeing its own cold line,
its primary chill.

I have written this poem inside of you.
I am clutched in with your mother blood,
feeling your bends in the dark,
becoming a soft bend in your body.
I feel a circle grow in your stomach.

We are becoming a bulb
in the ground of the living,
in the winter of being alive.

Poem to My Litter

My doctors split my tumors up and scattered them
into the bones of twelve mice. We give

the mice poisons I might, in the future, want
for myself. We watch each mouse like a crystal ball.

I wish it was perfect, but sometimes the death we see
doesn’t happen when we try it again in my body.

My tumors are old, older than mice can be.
They first grew in my flank, a decade ago.

Then they went to my lungs, and down my femurs,
and into the hives in my throat that hatch white cells.

The mice only have a tumor each, in the leg.
Their tumors have never grown up. Uprooted

and moved. Learned to sleep in any bed
the vast body turns down. Before the tumors can spread,

they bust open the legs of the mice. Who bleed to death.
Next time the doctors plan to cut off the legs

in the nick of time so the tumors will spread.
But I still have both my legs. To complicate things further,

mouse bodies fight off my tumors. We have to give
the mice aids so they’ll harbor my genes.

I want my mice to be just like me. I don’t have any children.
I named them all Max. First they were Max 1, Max 2,

but now they’re all just Max. No playing favorites.
They don’t know they’re named, of course.

They’re like children you’ve traumatized
and tortured so they won’t let you visit.

I hope, Maxes, some good in you is of me.
Even my suffering is good, in part. Sure, I swell

with rage, fear—the stuff that makes you see your tail
as a bar on the cage. But then the feelings pass.

And since I do absolutely nothing (my pride, like my fur,
all gone) nothing happens to me. And if a whole lot

of nothing happens to you, Maxes, that’s peace.
Which is what we want. Trust me.

My poor little future,
you could practically fit in a shoe-box
like the one I kept peshul bunny in
when I decided I was too old to sleep with her.
I’d put a lid on the box every night.
I knew she couldn’t breathe—she was stuffed,
but I thought she’d like the dark, the quiet.
She had eyes, I could see them.
They were two stitches. My future has eyes,
for a while. Then my future has stitches,
like peshul’s. Then cool cotton, like her guts.
Of course there is another world. But it is not elsewhere.
The eye traps it so where heaven should be,
you see shadows. You start to reek.
That’s you moving on.

I am too weak for sexual urges anymore
but I yearn to be naked
all the time.

I want to urinate without
having to pull off
underpants—

The world wants me to know
it’s okay to slip into and out
of her. She likes it.

When I die, make sure
dad doesn’t screw a hat on me
to keep the brains in.

And let nobody put a shirt on me.
Let death put her cool head
on my stomach for a listen.

I want every hole naked:
the pupils, nostrils, the two
below my gut. I want to listen back:

I can hear already
a roaring in the distance,
half salt, half horse,

I like this, I’m scared, but
so’s the sound. We’ll both
be guests.

Everyone asks you what the god thinks—
I want to know what you think.

Behind the temple, a short lady
bends in terror over a shallow pond’s edge.

that the prison is the mind,
that the pond is what we call thought.

She’s not so short her hair
would get muddy—
only the washable robes
and sandals.

I get into the pond and point out a path of rocks,
and my bald head too,
so she may step across.

I tell her to think of my bald head
as a squeaky, dense pill
of white medicine.

She says, Have you been reading Philosophy?

Indeed, I have been reading Philosophy,
and I hate that she didn’t have to think to notice
and grab her hem to drown her,

and instead we’re in the temple
and she’s dancing with the suitcase
I brought all the way from distant, homey Thrace

and I dive in the clothes and they stink and rot,
but that’s just the god’s thought.

Your mouth is sealing mine in the mud,

opposite heads from two underbellies
of the pond,

a difficult marvel
flashing in your (not the god’s)
eyes, because I lied to you—

I have been reading not philosophy but medicine,
and my baldness is not wisdom,

and the pond is not thought, but my thought,
which is always on death, like your mouth,

and the mud is marriage lace,
and your opinions are newborn
hares and toads and musical nuggets,
stirring in your organs as the mud hardens.

Down with the Landlord

Strange changes all over the house—
ants living off water alone
in the bathroom,
the walls going gold
with glue.

Tomorrow they will seal off a bedroom
in my body, a bedroom for wind,
a lobe of lung.

Wherever they dump it,
I will still feel its room
in my body.

The new tenant bolts up from the bed
and hurls himself at the sealed door,
a black folder clutched in one hand,
a saw clutched in the other—

Don’t worry, body: I’m coming for you,
I will fuse you back up
into a happy home.

Let room mean death or room mean life,
but let the room always be full.
Down with the Landlord!
He is leaving you empty!

We haven’t moved from this pier in a couple years.
All we need to do to be happy is point out fish.

Sure, we’re just pointing at ripples,
but we know they’re fish

because a long time ago we ate an oyster,
and every time a fish sees another,

you and me get fed again. Elizabeth,
when you put your hands to the scales

can last in my stomach. The bulk of the meat
you thin into a braid of arrows,

and the gills, the difficult scissors taken inside
to breathe, they’re just wide arrows.

because there’s a past being pointed to
that already understood the present.

Time’s up. Break’s over. So I put the doctors on the floor again
and ask them for a diagnosis.

Whenever they reach the end I pluck them
up by the collar.

There’s a little sadist in me—or boys
will be boys. I think I just got tired

of bad news, and each time
less air getting into my lungs.

Over time, I’ve corrupted their gaits.
Now it’s their floor time. I command the docs to circle me

and with prognostic spoons plug up the holes
where they used to show me my body.

But their legs can only slam forward, crimped
and insanely looped like mine.

Down they bash into the ground,
screaming like a baby realizing it’s a monkey.

The diagnosis comes in underwhelming:
We can’t tell if you’re going to live

or if the background image
looks an awful lot like you.

My milk is running brown, but what they’re calling
cells in it are more like feathers up close.

I think I’d kill to stay alive,
at least myself,

and if you can’t accept that
you don’t know the angel in my blood.

What if I ran out of a body to give you?
What would you let me take from you?

A star, a raft, a bloody cloth, a bloody cloud,
my body, my body, I’m running for you only,
and my fear is the most beautiful thing I have ever seen.