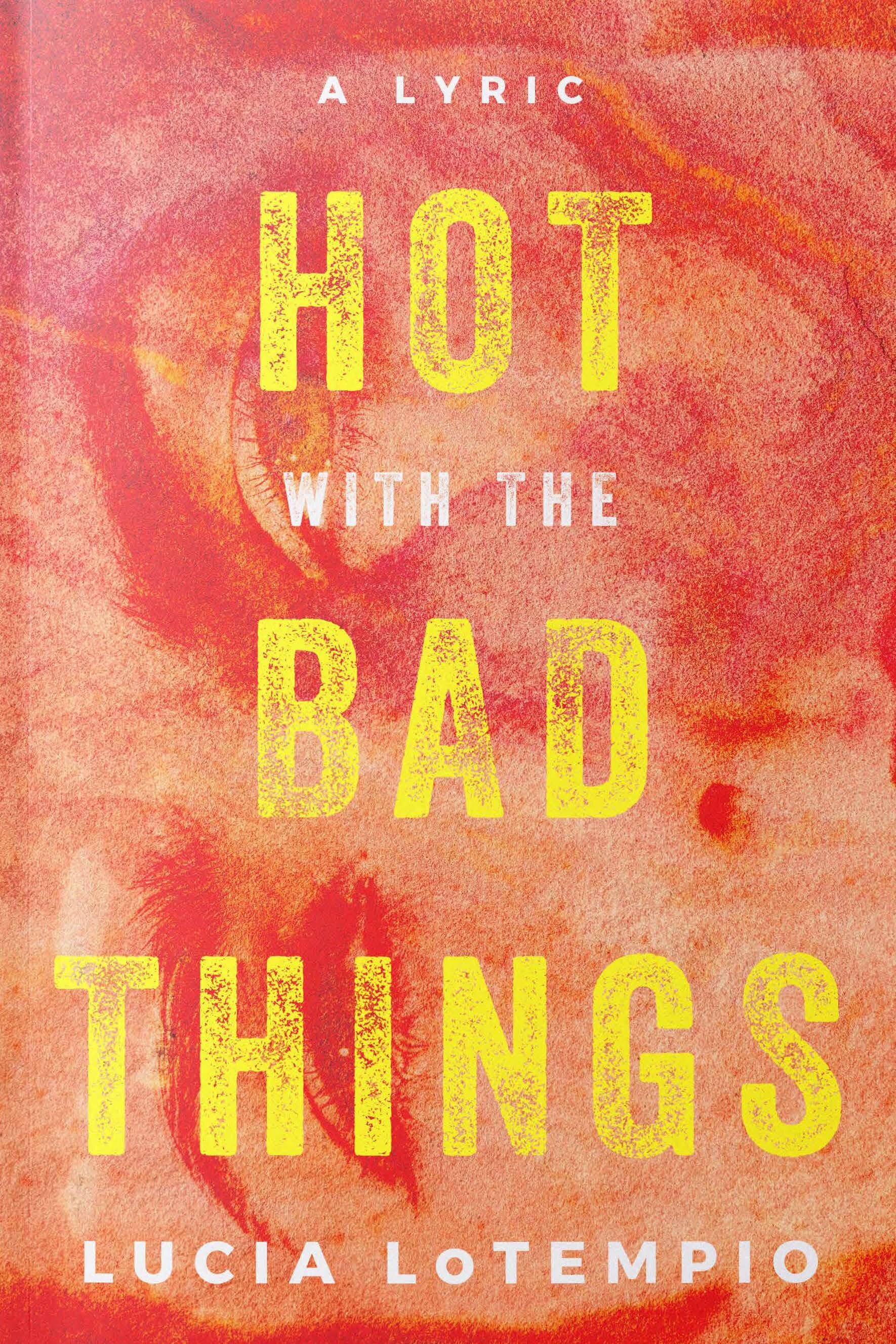 Hot with the Bad Things

Hot with the Bad Things is a reflective look on intimate partner violence, particularly as it is committed and is proliferated on college campuses. When writing, I was interested in investigating what happens beyond retelling, and how one moves through violence both past and present. I was interested too in how to approach the unsayable when it comes to a violence that is individual and pervasive. The book is a lyric sequence of untitled prose poems, and I assembled this playlist mostly from a section that begins with an epigraph from Louise Bourgeois: “It’s not possible to function, to learn, to connect, to make progress or even to hear in a climate of fear. Fear can be spotted like gold in the ground. Dig them out, and make them help you. Fears make the world go round.” In addition to selections from that section, I’ve included poems that I feel meditate on this estimation of fear as well.

[One summer I bought a plant at the farmers market]

One summer I bought a plant at the farmers market. When I took the money from my bra, the man smirked at me. I most likely killed it.

A climate of fear is both counting cards and laying its hand on the table.

There was a debate on campus about the semantics of No means no. Two philosophy professors in the key under a sagging hoop. Most of the women left before the Q&A.

Outside the department in the smoking pen, a man chastised his friend: It’s not bitches, they’re females.

Something grown: a sickness hollowing.

I heard: to pledge a girl had to hold a carrot in her vagina. Tuft of greenish mud leaf.

The bus driver let the girl with no money on, then told her she’d have better luck lying in the bed of a pickup truck. I get off.

The jangling of an empty ambulance—the only concern with the driver is a matter of heroics.

At orientation they told us to go prone if a man put his hands on us. ⬤ laughed because he knew.

Thought, If it doesn’t happen to me that’s okay.

I used to want the punch line at the beginning of the joke.

I used to fold paper into boats, and the story that followed had to do with sinking.

I had so much I wanted to say it feels like I’ve forgotten it all. It’s TV static or a white noise machine. It’s still a seen thing. It’s still noise. Little mouse, it’s hard to tell if you’re fearful, of what, and if it’s your fear to be had.

I see you shake, but is that your blood or the way my eyes are darting.

The other day my friend spoke beautifully on gold. I forget now and it’s just right beside me.

On the bus, after he touched me, the man placed his hand on my arm, gently, sincerely, said: I am so sorry.

[I want to sling through the pastel of outreaching leaves, to fill a sugared bucket]

I want to sling through the pastel of outreaching leaves, to fill a sugared bucket: I am not the little berries, I am not the bucket—I’m at the shovel; press loose dirt and lay the smooth blade aside. Oil away handle; for metal to rub off bit by bit—to be an expert at missing. I should be sorry. You know, there’s no big finale or great reveal. No paw marked out in dust or carnage of purple husk. Can you not recognize how grotesque prey is up close? All gristle, all sweat—its blood pools from center, out.

[I used to think I needed to instruct you]

I used to think I needed to instruct you. As if I had been a little mouse who needed teaching. Sweet mouse, you will not ask what makes a predator; there is something shadowed after you. It’s less in the corners with metal snaps and more at the tip of your long and wonderful whiskers—and often it has whiskers too.

At the end of any fable a mouse, victorious. I’m not sure how to maneuver that moral, little sweet.

A predator as recognized by a growling—no: like a heater in the next room humming, that sounds like red herring. Predator when the knife is in hand—yes and also how it’s raised, even just briefly, pressed, without breaking, to moving flesh. Knife when the predator is at hand—once the body of a man was always a sharp edge. Not anymore. The ones that still come to a point, I’m realizing, are made clear, so bright, like metal, all metal, just glint in the sun.

In the bad dream the man on the bus keeps sleeping on me.

In the bad dream the boys hold me down but don’t grab me.

In the bad dream I’m disappointed when a friend saves me and we set ⬤’s house on fire.

In the bad dream all of my friends turn like the bad has been inside them all along.

In the bad dream I set the house on fire and don’t think twice.

Once I sat in an atrium while a man tuned a piano. The notes were not discordant, but patiently organized into melody.

My mother told me that I hate men. I loved a man and he was kind to me. That was not a mistake.

When I look up distraught, the examples babble on about women hysterical, screaming. Online, all these sentences with a man so distraught he kills a woman, one he loved, one who was kind, and her voice, or mine, a crackled throat.

[If I could reach into the past, would I snuff it out]

If I could reach into the past, would I snuff it out. I fell in love with another man. He wakes from a dream in which a man puts out a cigarette on my back. Then, in the dream, he leaves to, quote, beat the life out of the guy. This shouldn’t surprise me. Once a coworker said he would punch ⬤ if only I would tell him where. That a man might dip his tries in honey. What could be made sweet and smooth like a serrated blade on cut-proof gloves.

If it were my dream I would be the man’s pinched forefinger and thumb, the perfect circle burn, and I’d never see my face. My mother had a bad dream. When I ask her to tell it to me, all she says is: It was bad, bad, just bad.

[A man I know posted a documentary about any campus, #rewatching]

A man I know posted a documentary about any campus, #rewatching.

When I watched that film I was so mad—I already knew everything they told me. Who was that for? Who are these poems for? A hashtag has an edge. Lead me out red exit neon when the tacit applause comes.

There are so many things ⬤ did to me and I don’t want to just say.

My small small self. My little warm nub. I see your dead body everywhere flat on cement—spreadeagle and pulled to a point where your paws should be. Sometimes waterlogged, and others black matted mud. It’s still coming. It’s still happening. Even when I step over you and look at the sky.